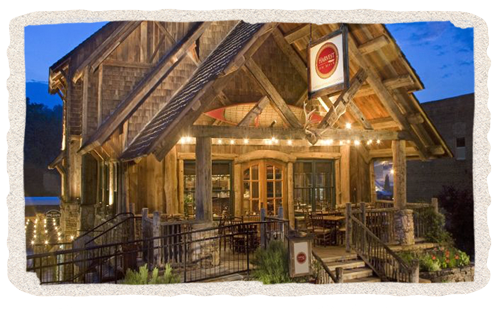 Our menu is globally influenced with a southern twang. We are proud of our local farmers and suppliers. We use seasonal products whenever possible supporting our local economy, farmer and artisan. We work diligently to grow this list of providers every season. A 20-year veteran food writer and researcher, one of the founding Partners of the group, Michelle Moran works to discover new producers and products to work with while also developing the company’s own heritage production of rabbit, honey and quail. She is the perfect partner for founding Chef/Owner Danny Mellman who continues to oversee the culinary group after more than a decade. 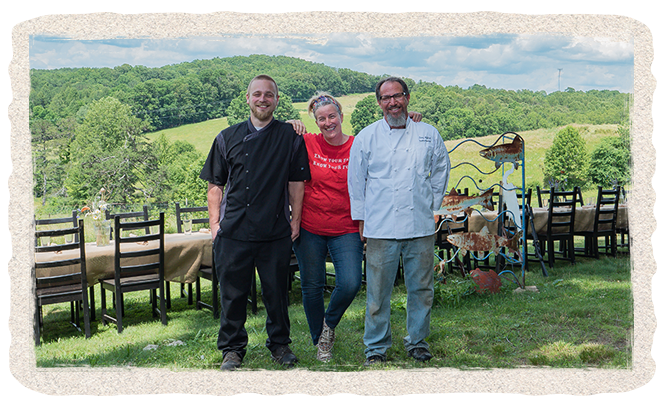 Danny’s modesty shines through his successes. A self-taught culinary sensation, Danny honed his skills in England, France and Italy. After returning to the states, he became Executive Chef of The Mad Batter in Cape May, New Jersey where his use of game and wild herbs garnered national accolades for creativity. In 1988, Danny headed south to Captiva Island where he opened The Greenhouse Grill, spending 25 years in Florida opening restaurant concepts such as Lucille’s BBQ, Sid’s Market and The Greenhouse for which he received a James Beard nomination for Best Chef in the South. In 2009, with his partner Michelle Moran (writer and farm director), Mellman joined the ranks of “half-backs” settling in North Georgia. 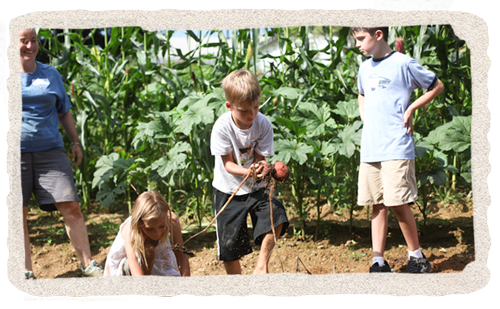 We created the farm for production of our specialty produce, adding chickens and bees for egg and honey production, respectively. We also have quail and pheasant – as well as heritage breeds including Silver Fox Rabbit, Cotton Patch Geese and Duroc/Tamworth Pigs. We have a Sunday Supper farm-to-table series each year and a Kids Farm to Fork camp each summer. 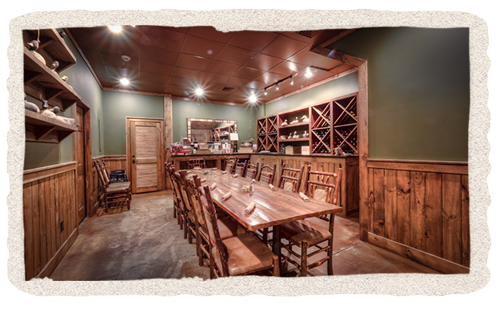 We have several venues for private events, including a special events space at Harvest on Main. Our menus are tailored to each specific event so please contact us, describing what type of event you’d like us to plan and we can provide you with a full-service outline. We also host private events at The Cook’s Farm or can cater your special occasion off-site at a location of your choosing.